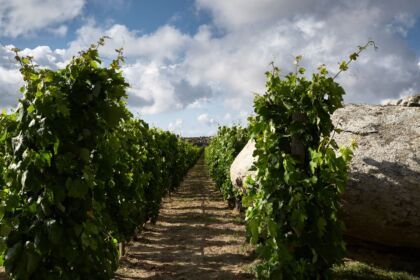 The nectar of mortals 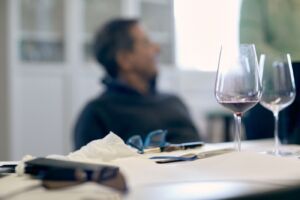 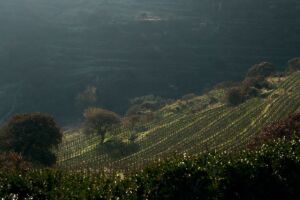 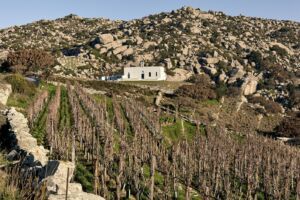 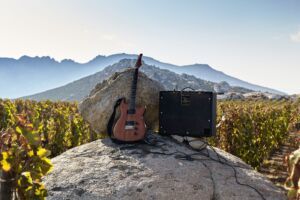 In an imposing landscape with granite boulders and at an altitude of 450 meters the vineyard of the Tinian Vineyards dominates. Its people, with a common vision and a high level of know-how, managed the wines of T-OINOS to gain international recognition and to rightly hold a prominent place in the global wine community.

In the beginning was the wine

The wine course of Tinos is rooted in antiquity. The cultivation of the vine played a decisive role in agricultural production and the worship of the god Dionysus had an important place in the lives of the inhabitants. A multitude of archaeological findings attest that: from coins depicting themes about the vine to cupbearers and amphoras. Later, during the Byzantium and Venetian domination, there are references to contracts for vineyards, while travelers of the time talk about the excellent quality of the wines of Tinos. In the 17th century, at the behest of the Venetian interrogator, the vines were uprooted in order to increase grain production. However, this decision did not have the expected results, so the inhabitants began to deal again with the vines. And while production has increased since the mid-19th century, there has been a partial decline in cultivation in the 20th century. Since the beginning of the last decade, however, Tinos’ wine trajectory has been upward. A vineyard that turned the island into a reference point of wine in the Cyclades and upgraded internationally the image of Greek wine production, contributed to this renaissance. 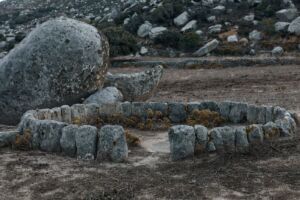 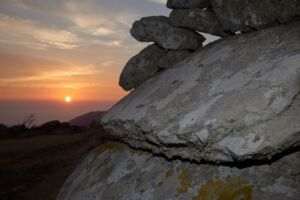 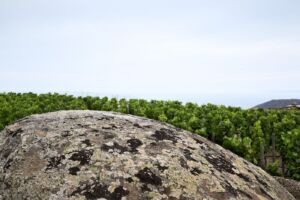 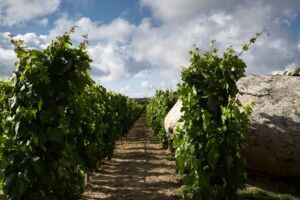 On this island, therefore, with the distinct microclimate and the peculiarity of the soil, the creation of a vineyard with premium production, which transcends the borders of the country, was a challenge. A group of people, with a common passion for wine, were captivated by the wild beauty of the island and its atmosphere, used the know-how and made their dream come true: the creation of the best Greek wine in the world, combined with sustainable environmental protection.

So he gathered the top experts in the field. “The team consists of five fatal players betting on the potential of the region,” journalist Sofia Lafaye points out on the SommelierS International (September 2019). In collaboration with Alain Ducasse group’s executive head sommelier, Gérard Margeon, the well-known oenologist-winegrower Stéphane Derenoncourt, the winegrower Michalis Tzanoulinos and the oenologist Thanos Georgillas won the bet for T-OINOS wines label. As Dr Rainer Hermann (July 2019) aptly describes in the financial newspaper Frankfurter Allgemeine Zeitung (July 2019), “the Greek island of Tinos is a rather inhospitable place. However, the Frenchman Stéphane Derenoncourt manages to cultivate a high quality wine there.” 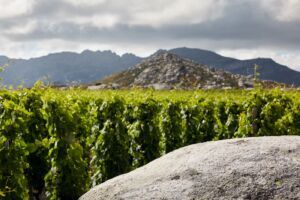 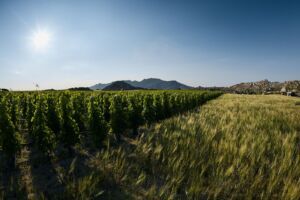 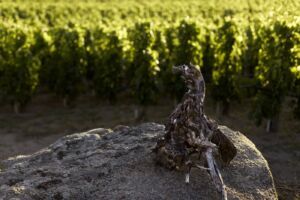 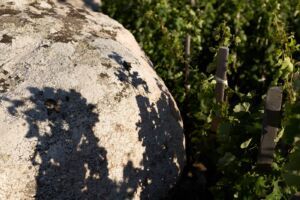 Terroir in a bottle

“Tinian Vineyards” produce 25,000 bottles of organic wine 15,000 from the Assyrtiko variety, the classic white wine of the Cyclades, and 10,000 from the red variety Mavrotragano. “Based on native varieties, Assyrtiko for the white wines, planted in granite sand, gave us complex, crystal-clear wines. Mavrotragano for the red wines, planted in slate, it contributed to a wonderful strength and finesse,” explains Stéphane Derenoncourt.

In the medium term, he and Alexandros Avatangelos aim to increase production to 45,000 bottles. White and red wines are already exported to France, Great Britain, Switzerland, Belgium and Japan. One of the main customers is Alain Ducasse with his award-winning restaurants, while in Greece the T-OINOS label is available in selected restaurants and wine stores.

The complexity and quality of T-OINOS wines attract the interest of both the printed and electronic press, domestic and foreign, who make tributes to the recipe for success. From the reports in Frankfurter Allgemeine Zeitung and Les Echos, major financial newspapers in Germany and France respectively, the reputable SommelierS International to the well-known Swiss magazine Schweizerische Weinzeitung, all of them without exception, they refer with praise to the dynamic entry of the T-OINOS label into the international wine community.

Recognition is not limited, however, to the extensive tributes of journalists, but also extends to the circle of leading experts. Stéphane Derenoncourt and Gerard Margeon presented Clos Stegasta Assyrtiko Rare 2017 at the annual meeting “Les Rencontres Internationales Henri Jayer” where famous producers from all over the world attend the Château de Gilly-les-Cîteaux, Mecca of Burgundy winery. Jacques Perrin, wine merchant and head of the Swiss Club des Amateurs de Vins Exquis, one of the major oenophile clubs in Europe with more than 10,000 members, speaks with admiration for Assyrtiko in Schweizerische Weinzeitung magazine (June 2019): “I have never tried a better Assyrtiko than that of Alexandros Avatangelos”. Praise is the comments of the well-known French wine critic Michel Bettane. The latter, who visited Tinos along with a group of three-star French restaurant sommeliers, described T-OINOS wines as the best in Greece.

Julia Harding, one of the 390 Master of Wine in the world and a close collaborator of Jancis Robinson, gave T-OINOS wines some of the highest scores ever given to Greek wines reaching 18.5/20 on the reputable subscription site www.jancisrobinson.com.

In this context, then, the work of the people behind T-OINOS label gives a message of extroversion that Andrew Catchpole points out in his article in Harper’s Wine and Spirit (November 2019): “What really singles these wines out, though, is Avatangelos’ vision of making not just great Greek wines, but great wines that stand with the best in the world – an icon that almost by chance will draw drinkers back to Greece”. 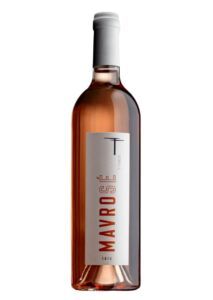 The message of extroversion

With top quality and unique history, T-OINOS wines change the wine map, help to upgrade the image of Greek fine production abroad and, rightly so, find their place on the wine list in some of the best restaurants of the world. As Andrew Catchpole in Harper’s Wine and Spirit comments, “with quality Greek wines creating something of a buzz among those in the know, what is perhaps most notable about T-Oinos is the clout behind the label – and that the top wines are among the most expensive to emerge internationally from Greece”. The bet of the people behind the T-OINOS wines has been won: a divine wine is found in the glass of mortals.

“T-OINOS wines are the epitome of hard work and countless repetitive work that reflect the virtues of this extreme ecosystem. The result… the ultimate grace”, Gérard Margeon

“Great wines don’t exist when there isn’t a “big vine.” Tinos’ energy and intensity are reflected in the wines by Clos Stegasta in an impressive way!”, Stéphane Derenoncourt (April 2019)

“This very fine white, with vibrating energy produced in only 2,000 bottles, brings to the nose the iodin of the sea and the hot stones of its granite terroir”, Monsieur magazine (January 2019)

“I saw this place and immediately thought it must be an incredible wine,” Michel Bettane, French wine critic. 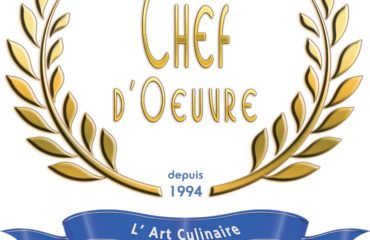