The “Countesses” of Tinos

The “Countesses” of Tinos 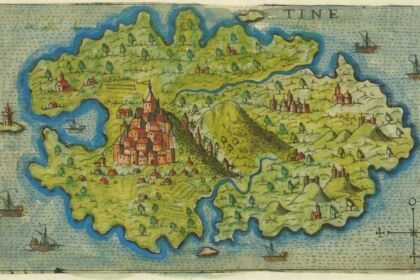 Exracts from the Venetian rule on Tinos

The history of Tinos during the Venetian rule is notably interesting not only because of its particularity, but also because of its significance regarding the course of the island through time. Indeed, Tinos has followed its own historical path, which is different compared to that of the Cyclades and the rest of the Hellenic territory. The resonance of this historical path can be detected even in our day. The trails, the villages, the names of locations, the people’s surnames and so many other things reflect the Venetian past of the island. Charmed by the “romantic” period of the Venetian rule and led by the instinct impulse to learn about the historical past of his home place, the writer has delved into the research field of a science that has nothing to do with the one he daily serves, collecting information about the era and the work of two women who ruled the island during the Venetian rule: the “Countesses” of Tinos.

The portraits of those who have served as mayors in Tinos are hanging around the council room at Tinos Town Hall, Megalochari rd., in Hora. Anyone will soon, and without surprise, realize that among the figures on display there is not a single woman. Modern Tinos has been governed by Mayors only. However, based on this single fact, no one should reach the conclusion that Tinos has never had noble ladies. Studying the era of the so called “Gkizocracy” (1207-1390), when Tinos was a fief (protectorate) of the House of Gkizi from Venice, one finds oneself before a startling revelation. Two ladies, offspring of noble families of the Western aristocracy, ruled Tinos as sponsors of the sons and underage heirs to the feudal office of the Gkizi family. The reference is to the two “Countesses” of Tinos: Aliki dalle Kartseri (Alix or Alice dalle Carceri) and Simoni Fadrigou (Simone de Aragó).

Based on the very few and sometimes contradictory pieces of information available, with this brief study we shall attempt to portray these two ladies and shed light on the historical framework in which the “Countesses” ruled the island.

She was the daughter of Merineto dalle Kartseri (Merino or Merineto dalle Carceri ) and Feliza’s (Felisa). The Kartseri family came from Verona, Italy, and had settled in Evia after the fourth Crusade and the fall of Konstantinople in 1204. Aliki’s marriage to Georgios I Gkizi, son of Vartholomeos I Gkizi, master of Tinos, joined the Houses of dalle Kartseri and Gkizi. Although we do not know the exact date, this marriage took place, in all probability, after 1288 and before April 25th 1299. Aliki dalle Kartseri and her husband had four children: two sons, Vartholomeos and Marinos, and two daughters, Filippa and Aliki. In 1303 Georgios I Gkizi succeeded his father Vartholomeos I in the family ownership and became the third in succession Gkizi to rule Tinos, having his wife Aliki on his side. A few years later, on March 15th 1311, Georgios I Gkizi was killed in the battle of Almiros fighting on the side of Vriennios (Gauthier de Brienne), the Duke of Athens, against the Catalans. The same year, already a widow, Aliki Gkizi will take over the ruling of Tinos as a guardian and sponsor of her underage sons, who were the legitimate heirs to the fief (protectorate) of Tinos, Vartholomeos (II) and Marinos (“Marinaccio”) Gkizi.

Her ruling of Tinos was brief, while the work done by Aliki dalle Kartseri Gkizi over this period is little known since the saved data are very few. Still, we know that she took a diplomatic stand against both the Venetians and the inhabitants of the island. Indeed, Aliki from Verona labored to be kind to her subjects, but without straying from the protective shelter of Venice. In 1314 the elder son and successor, Vartholomeos II Gkizi, assumed power as soon as he had come of age.

Dona Simona or Simoni Fadrigou was the daughter of Alfonsos Fadrigou of Aragonia (Alfonso Fadrigue de Aragó) and Maroula (Maroula da Verona). Her descent goes back to the House of Barcelona (Casal de Barcelona), which was settled in the homonymous County of Catalonia (Comtat de Barcelona). In the times that Simoni lived the House of Barcelona belonged to the Crown of Aragonia (Corona d’Aragó) and was head of the kingdom of Sicily (Regno di Sicilia) and the dukedom of Athens. Her father was head of the Catalan Society and general Vicar of the Dukedom of Athens and he was thought to be the “founder” of the sovereignty of the Catalans over Greek territory.

Georgios II Gkizi took over the ruling of the island after his father’s death (Vartholomeos II) and that was after 1341. In 1352 Georgios II Gkizi died without leaving any remarkable piece of work behind. In the same year his widow, Simoni Gkizi, took over the ruling of Tinos as a guardian and sponsor of her underage son, Vartholomeos III Gkizi, who was the legitimate successor to the office.

The period that Simoni ruled the fiefs (protectorates) of the Gkizi family coincided to a great extent with the war between the Venetians and the Genovese (1351-1355), which had a significant impact on the relations among several Venetian tyrants in the Hellenic territory. In those critical circumstances the Duke of Naxos, William Sanoudos made peace with the Gkizi. Actually, Amorgos  ̶  a former protectorate of the Gkizi that had fallen to the predecessor of the Duke during the longstanding and eventful conflict between the opposing Houses of Gkizi and Sanoudos – was awarded to Simoni in 1355 after conciliation.

Reports concerning the ruling of Tinos by the Catalan Simoni are very few. Her only known act is the order she gave to the Duke of Naxos, William Sanoudos, in 1358 asking him to mediate to the Peaceful Republic of Venice so that Tinos was offered a galleon in protection from the pirate raids that plagued the Aegean Sea at the time. Simoni’s ruling did not last long. In 1358 Vartholomeos III Gkizi, who had come of age, took power of the island.

Moral: If the portraits of Aliki dalle Kartseri and Simoni Fadrigou were available, they would deserve a place in the council room of the Town Hall on Megalohari rd. The “Countesses” of Tinos ruled the island for a short period of time each. Also, their ruling was somewhat “parenthetic” as it took place in anticipation of their sons’ coming of age, since they were the legitimate successors to the office. Still, although their parts in the history of the island cannot be considered determinant, their paths are surely noteworthy. The fact that during ‘Gkizocracy” Tinos was under the direct ruling of two women, offspring of aristocratic families from Western Europe, shows both the particularity and the wealth in interesting sections of that “romantic” historical period of medieval Tinos.

The study and transmission of the history of Tinos during the Venetian occupation must carry on and be intensified, especially by scientists – no matter whether they are Tinians or not – and by unions, such as the Tinian Studies Society, who have the natural legitimacy for this activity. This will not only contribute to the decoding of the historical identity of the island, but it will also offer historical highlights which, although they are not widely known, will stress the individualistic path of Tinos in the Middle Ages. Besides, the living canvas of the island makes redundant any need for painting impressions.

Note: This study was published in the 5th Volume of the Scientific Periodical Issue of the Tinian Studies Society, “Tiniaka”, 2014 (edit. I.Gkerekos), p. 389-397.

Thodoris F. Chiou is a Law School Professor and a Lawyer of Athens, expert councilor on copyright and industrial ownership. He is a practicing lawyer, writes articles for Greek and foreign law magazines as well as in his personal blog (www.iprights.gr)  on a regular basis and teaches I.P Rights at Strasburg University. In his free time he plays music, studies history and grows plants in homeland Tinos. 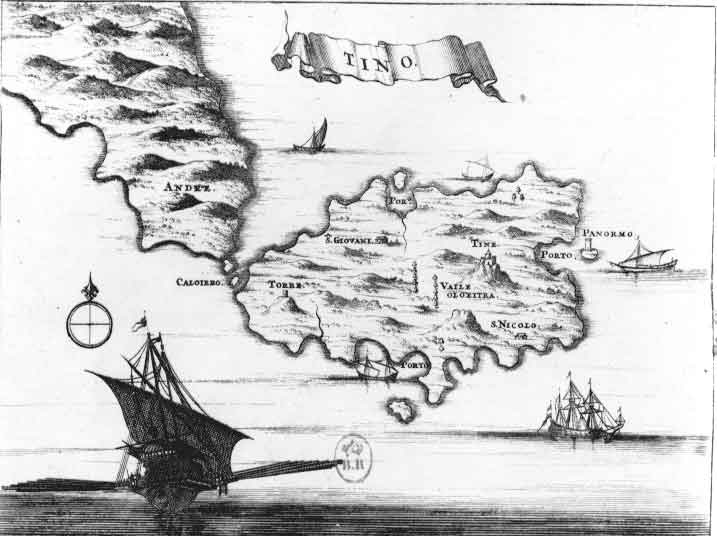 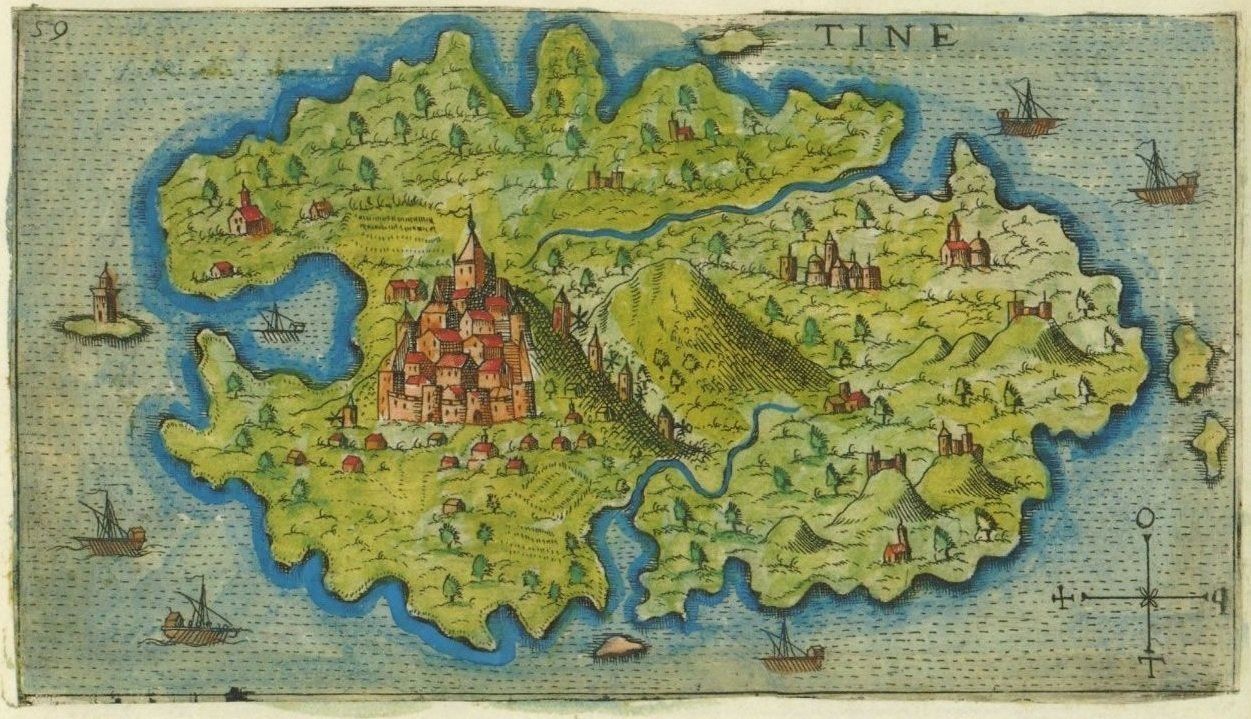 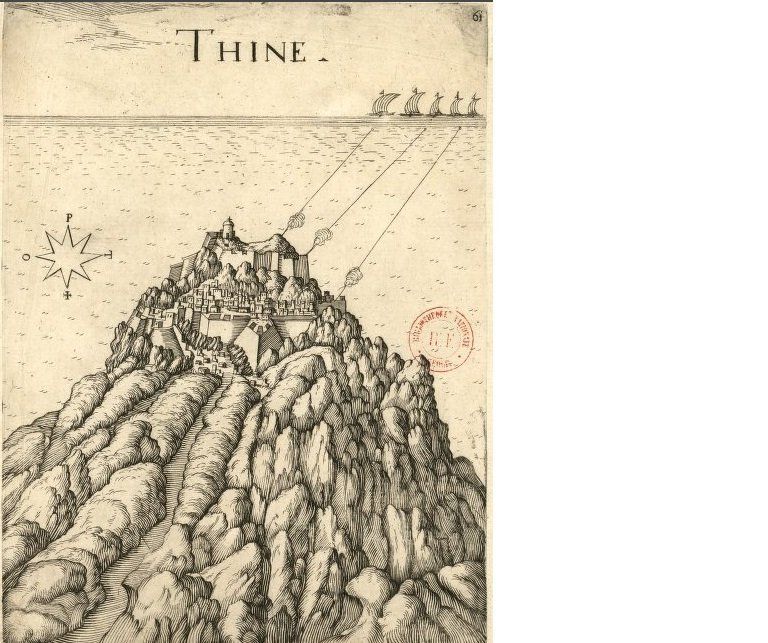 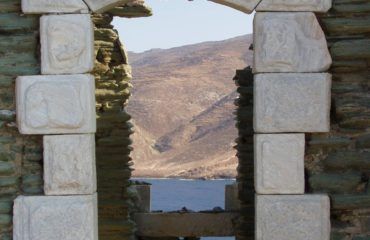 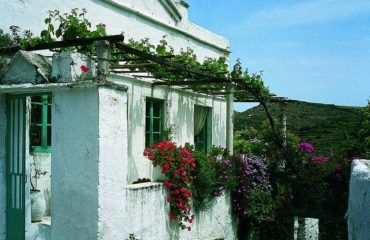 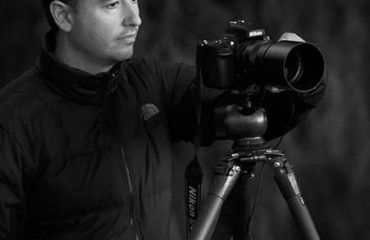