Rafina: The second port of Attica

Rafina: The second port of Attica 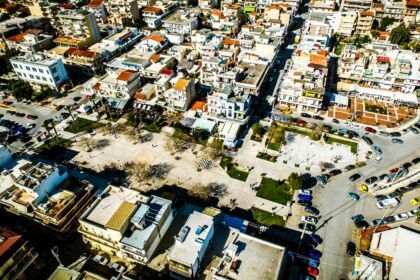 The gate that leads to almost half the Aegean sea is the city of Rafina with its historic port. It is located on the coast of Eastern Attica, about 25 km away from Athens. The port of Rafina is one of the largest in Greece, and it is the second busiest in Attica. It has great mobility with about 2,000,000 passengers per year, since ships depart from it for Andros, Tinos, Mykonos, while in the summer months ferries depart for the islands of the northeast Aegean, the central Cyclades and Crete.

A dip into the past

In the modern history of the city, we find Rafina under the name of Nea Triglia as residents of Triglia from Asia Minor were settled there. When the persecution took place, many of them were transferred to Greece by the ships of their savior Triglian shipowner Filippos Kavounidis and settled in Rafina in 1923. In the 1950s the old town was demolished almost in its entirety to hand on the torch to the modern city as it is to this day.

The modern city of Rafina is a modern city of East Attica, with high quality of life and dozens of services. It is densely populated in the center near the port, but it has large areas of green and popular beaches such as Marikes beach in Avlaki. Its permanent residents now exceed 160,000, while the city is a constant attraction for visitors. There was a big difference in the traffic of the city and the accessibility of its port by the completion of the Attica Road, which offers direct access to the center of Athens and the International Airport Eleftherios Venizelos in Spata.

Life in Rafina starts early in the morning when numerous shops open their doors for their guests. In the area of the port, the shops exhibit their goods while the fishing boats supply the restaurants of the area with fresh fish and seafood. The traffic becomes different towards noon with the increase of walkers visiting the square. A square that is built on a high point and at its feet spreads the bustling and busy port. A stop for coffee or dessert before you go up to the emblem and trademark of Rafina, the picturesque chapel of Agios Nikolas.

The protector of the sailors stands between the blue of the sea and the sky. In the evening, the residents, along with the dozens of visitors of the city, enjoy good food, a drink overlooking the lights of the boats and the sea breeze. An experience that if you live, you think you’re on an island and you don’t want to go away.

Rafina and its port are at a distance of about a 45-minute drive from the center of Athens. A very convenient port of departure, as it is located almost next to the international airport “Eleftherios Venizelos” and has an easy connection to the Athens-Lamia National Road. Rafina is connected to the center of Athens and the airport by bus, where coaches depart from the Pedion tou Areos and by public transport, from the metro station of Dukissis Plakentias.

By car or motorbike, you reach the port of Rafina via Marathon Avenue (continuation of Mesogeion Avenue) or via Attica Road towards Markopoulos at the exit to Rafina. The airport “Eleftherios Venizelos” is a 27-minute drive from the port of Rafina and also the passengers can use the bus.

The passenger port of Rafina has a large single pier, which has 13 passenger/car ramps and 2 ramps for passenger speedboats, which serve increased traffic during the summer months. The positions of the ships are easily approached on foot, as they are a few meters away from the entrance of the port. At the entrance of the port there are 3 passenger waiting areas, 1 closed and 2 open with a canopy roof. Close to the entrance and departure piers there are many shops, cafes and restaurants, as well as ticket offices and the bus stop.

Most of them are on the Akti Andreas Papandreou street, the coastal road that leads to the port.
Rafina Municipal Parking is at a distance of 3 minutes from the piers and there are also private parking spaces near the port, which offer parking with easy access to the ships.

The route Rafina – Andros – Tinos – Mykonos is operated daily throughout the year by passenger ships, while in the summer months, the line also serves speedboats.