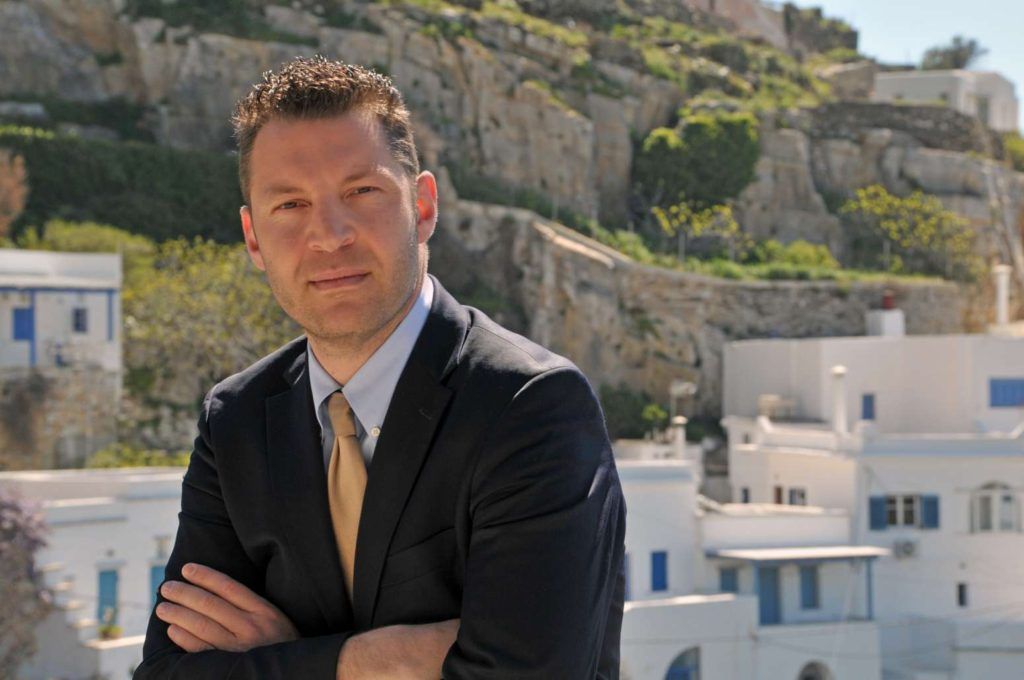 He is young, happily married, highly educated, experienced professional, highly respected by both his friends and opponents, willing to offer, having original ideas and he has recently been elected as Mayor of the island. This is Giannis Siotos, the Mayor of Tinos.

1. University degree in law, master’s degree in Commercial Law in England and PhD candidate in Labour Law at the University of Thrace. How important is justice for you? 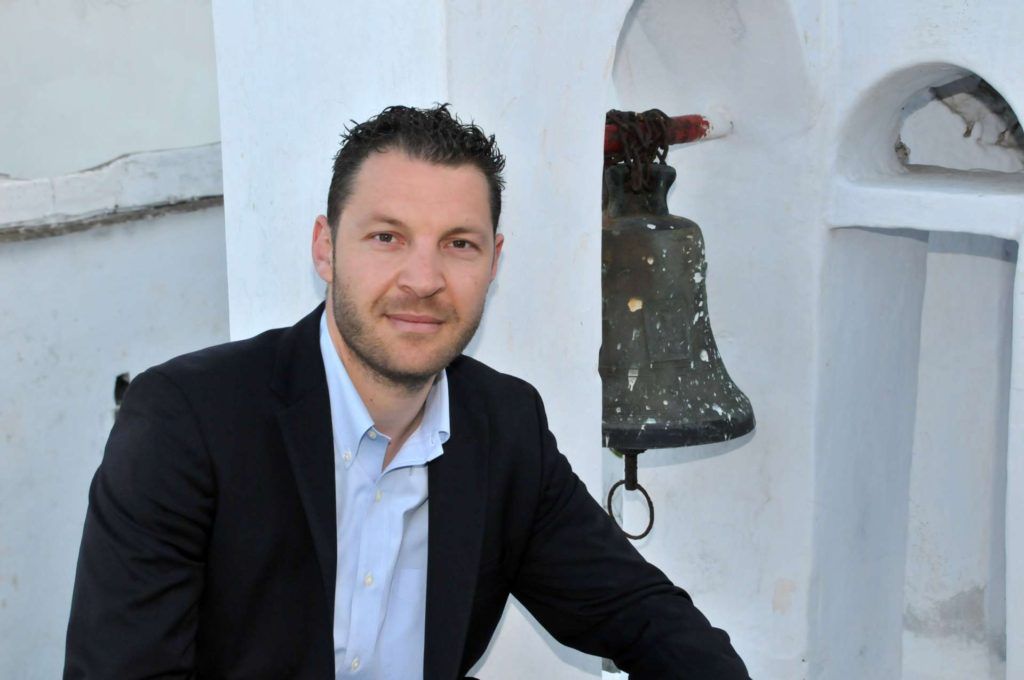 2. You were born and live permanently in Tinos. Would you like to tell us about your childhood and what Tinos means to you?

I had a pleasant early life in Tinos full of happy memories. It’s a kind of blessing to be born Tinos and live your childhood here. This place is so unique that everybody loves it. So do I. Since the moment I was elected by the Tinian people as their representative I felt their love and I try to respond in the same way both as the president of the city council and the mayor. This is what I did and I try to do from now on. Tinos means everything to me.

3. We read that till yesterday you have been a lawyer here in Tinos. Do you believe that we should be warriors in life and demand what we want?

Everyone is a natural worrier. When we refuse to fight for life we refuse to reach our destination. Furthermore fighting is the only way to make our dreams come true. We have to try hard and believe in ourselves.

4. What  motivated your creativity during your professional career?

My creativity was always motivated by my love for my job and the fact that l was focused on my professional development.
I think the same way about local government, motivated by my interest in civic life and my wish to claim the best future for my island.
I would like to notice that since my election as mayor I work full-time for the island.

5. Sometime ago you’ve been elected unanimously as mayor among the other aldermen. Except from being happy what do you think of this majority?

I can’t hide that this situation gave me mixed feelings. Being a mayor especially after Simos Orfanos’ term of office, whose unexpected loss shook the island,makes me feel both deep feelings and respect. I am obliged to try hard to run the island well.
The fact that that I was elected unanimously showed that aldermen believed in me and encourages me to work hard in order to move past the difficulties and claim for Tinos the place it deserves. 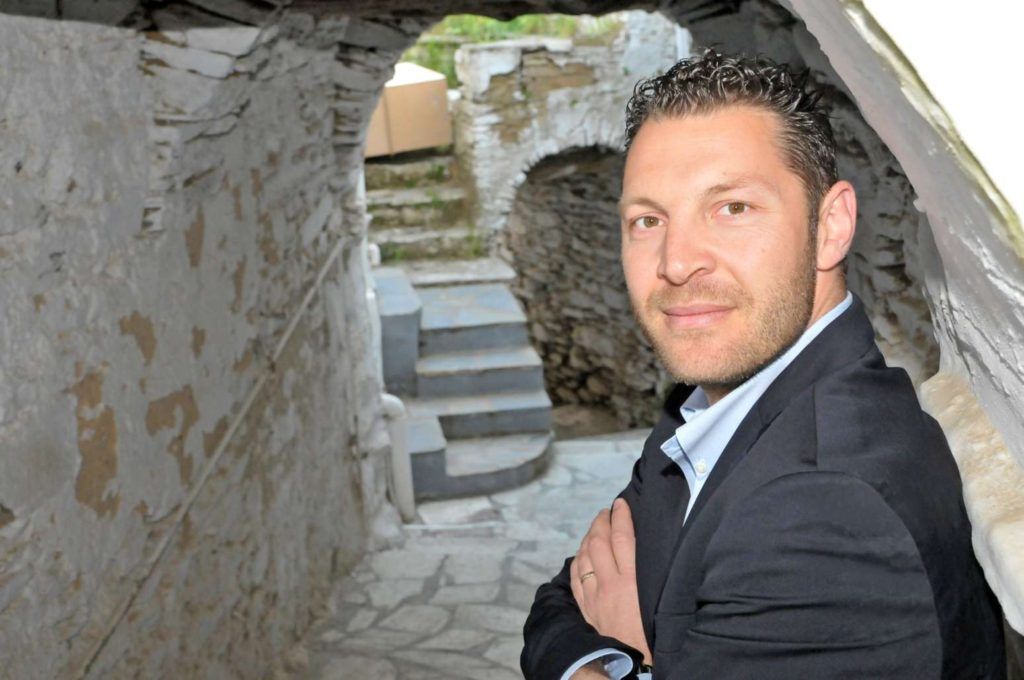 6. Having your own family, what dreams do you believe the families of the island have? Could you help them make their dreams come true?

I understand that parents worry a lot about their children’s upbringing as well as about their future. Being extremely conscious about this subject, we have already ensured the funding in order to develop schools and playgrounds, the quality of their life and their education as well as the financial development of the island. Our aim is Tinos to be a fertile ground offering opportunities to young people in order to stay in their homeland and make their dreams come true here in our island.

7. The mayor of the neighboring island Mykonos gave you his unquestioning support for your work. How similar is Tinos to Mykonos? What kind of results do you think your effective collaboration might have?

The mayor of Mykonos, Mr Konstantinos Koukas, is one of my university friends when we were both students in Komotini and there is a mutual support between us. Mykonos is an island phenomenon with global range and growing development which is amazing and Kostantis  is a gifted and brilliant person. So I think he is the mayor Mykonos deserves. Tinos, on the other hand, has a unique identity. It’s like a special note on the map of Cyclades. Having a special emphasis on arts and culture, the untouched villages and the fascinating landscapes, its traditions, its devoutness, Tinos is a destination that the traveler wants to discover. I would say that the collaboration between the two islands will contribute to the exchange of valuable knowledge, experiences and practices in order to succeed more about our islands. We might represent different places but we both want tourist development and optimizing of the services we offer to our guests . If we are united we can achieve more.

8. Along your way in local government there were some original ideas like the proposition for the “youth municipal council”. Are there any similar ideas about the municipality of Tinos?

I really believe in young people and their skills and there will be actions for teenagers and young kids during my term as mayor. Please don’t forget that I’m the younger person to ever take the oath of office as mayor in Tinos, so I completely understand the concerns of the younger generation. For a start with try to establish a model library in order to encourage young people’s initiatives and their exposure to culture and education . As for the municipal council we plan an innovative style of outdoor meetings in order to encourage local people to take part. Our first outdoor meeting will take place in the square of Pyrgos, Panormos, mainly for symbolic reasons.

9. The younger mayor ever gets in touch with young people. What things do you think the youth of today lack?

First of all I’d like to point out that the encouragement of young people is an investment. We believe in their skills. The only thing I would motivate them about is to pursue their dreams and not to turn their back on their expectations. There’s no one redundant. With passion and fervor for the progress of the island the municipality will enjoy good benefits.

10. Over the last few years some ambitious local people trying to develop 12 month tourism for the island. TINOS-about is one of them. What do you think of these efforts? 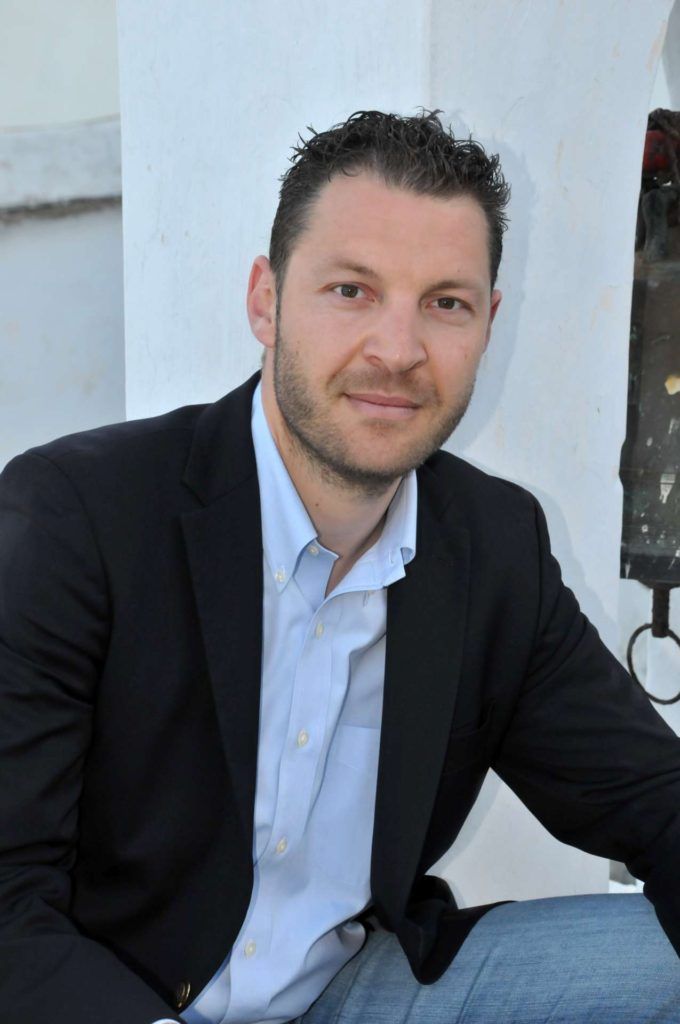 11. How important is free enterprise for you? How close to it should local government be?

Free enterprise is able to contribute to the local government by way of logistical and financial support helping, them to bring about their plans for the community. Some plans would not be sufficiently achieved otherwise. As I come from the private sector, I believe in free enterprise and in the fact that we must work together to achieve our common vision. In Tinos there are very successful annual organizations like TINOS FOOD PATHS gastronomy festival or TINOS RUNNING EXPERIENCE, which are initiatives of the local associations and they play an important role in the tourist development of the island.

12. It may be too soon to ask, but is there a course of action you plan to put in practice during your term of office?

First of all I am very much involved in the intended function of the important fields for the citizens as well as the visitors, like cleaning, water supply, schools and sports facilities. However, being idealistic myself, I have to look into municipality’s long term targets as well as our plans about the optimization  of the infrastructure and the promotion of Tinos on a large scale. I try to ensure sustainable development through carefully planned process. 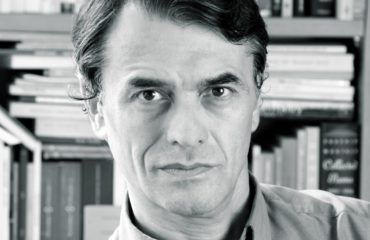 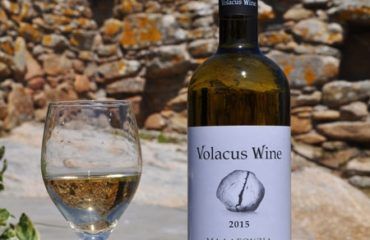 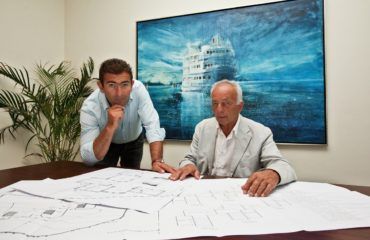