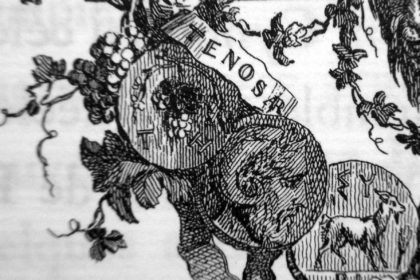 The ancient name of Tinos was Offiussa based in the fact that the island was full of snakes. One Greek myth describes how Poseidon sent a flock of storks to Tinos to free the island of the snakes. As a sign of gratitude the islanders ancient ancestors worshiped Poseidon and his wife- nymph Amphitrite and honored them as the patron saints of Tinos.

The first historically proven inhabitants of Tinos were the Mycenean. After the Mycenean came the Phrygians. Tinos was also populated by the Ionians. In the year 479 bc a significant number of soldiers from Tinos fought against the Persians an the famous battle of Plataea. Also in 480 bc fighters from Tinos participated in the sea battle of Salamina and in 490 bc in the battle of Marathon. 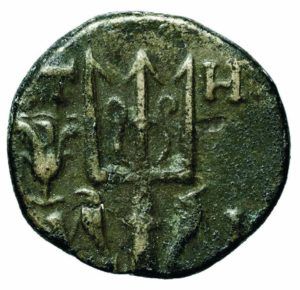 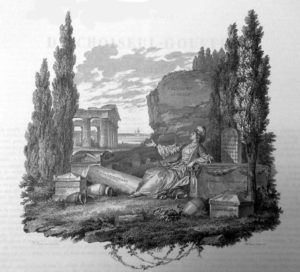 After the death of Alexander the Great, Tinos fell under the control of Macedonians. During that period the Temple of Poseidon at Kionia was an important religious center and many pilgrims spent a ritual cleansing time at the Temple. In the year 146 bc Tinos and all Greece became part of Roman Empire and after the christianization of the island the pagan shrines gradually fell into oblivion. 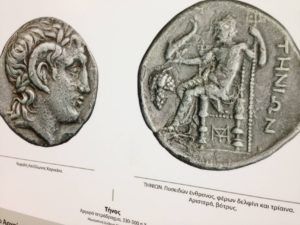 In 1207 AD Tinos and the other Cycladic islands were conquered by the Venetians. The Venetians built a characteristic castle on Mount Xomburgo. Up until 1715 Tinos was subject to Venetian control and remained the only Christian enclave in what had become a Turkish occupied region. During the following more than one hundred year long Ottoman occupation, Tinos enjoyed a large number of special rights and developed into an important Aegean economic center.

The Modern Age began on Tinos on 31 March 1821 in the village of Pirgos, when, for the first time in the Cyclades, insurrection against Ottoman rule was proclaimed. It has been estimated that 5.000 islanders left Tinos and took part in the Greek War of Independence. Tinos also played an influential role in the coordination of the resistance. 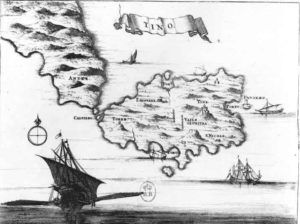 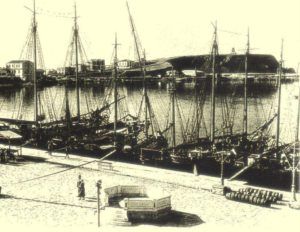 Church of the Virgin Mary

In 1822 the Blessed Virgin appeared as a vision to a nun called Pelagia. The nun was told of a buried icon and on 30 January 1823, after intensive searching, an image of the Virgin indeed was found. An impressive church now stands on the spot where the icon was discovered and each year countless pilgrims come to revere this precious painting.

The history of this convent which dates back to 10th century, has been since 1822 closely linked to Tino’s church of the Blesses Virgin. Nun Pelagia had visions in her convent cell of a holy icon that was found shortly afterwards in the town. Today the religious community  which is like a small village houses about fifty nuns.

Church of the Virgin Mary Vrisiotissa

Today approximately a third of the population are Catholics and for them the Church of Virgin Mary Vrisiotissa is their most significant place of worship. The icon was discovered at the beginning of 17th century. later the icon was taken to Istanbul and was only returned to the church in 1937.

Island of Delos count itself as one of the most sunlight spots on our planet. From the ancient years Delos was a place where Apollo and Artemis were honored. From 166 B.C. Delos developed into a flourishing Greek city full of palaces, temples and statues. In 1872 archaeological excavations started and countless artifacts have been uncovered, a work that is still going on. In a short distance from Tinos, the island stands there ready to discover it.

The temple of Poseidon was in pre-Christian time important religious center. Starting in 1902, excavations were undertaken in Kionia, which revealed ruins of the holy place, its forecourts, statues, water systems and baths.

The mountain with ruins of a Venetian fortification was already in pre- Christian times the center of the island. 3.000 to 4.000 year old artifacts from the excavations can be viewed in the Archaeological Museum of Tinos.

Thanks to their avid consumption of doves the island has over 600 pigeon houses decorated with a unique style of ornamentation. The majority of the surviving cotes were built in the 17th and 18th centuries.

The museum has statues from the archaic and classical periods, ceramic, as well as reliefs and amphorae dating from 700 B.C. plus discoveries from the Xomburgo excavations and from the Poseidon Temple. 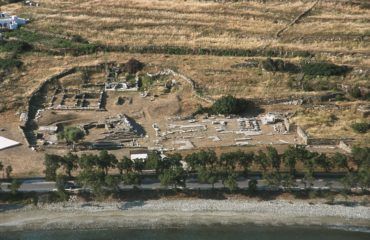 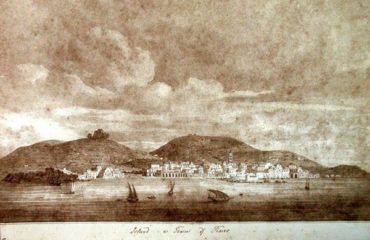