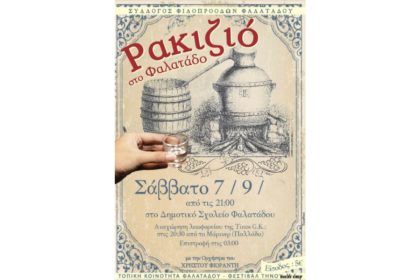 Lots of people think of September as the ideal month for a holiday. So if the beginning of autumn – or if you wish the end of summer – finds you in Tinos and you hear people talking about raki making, do not hesitate to… run to it at first chance! Raki will do the rest…

Every place has its very own traditions. It is about all those old habits that – despite the passing of time – still go on. Tinos is full of such habits and one that has survived for centuries is raki making. Early September every year the whole production of raki for the coming year is turned out by local households, as it is considered to be the island’s top registered mark for drinks.

In the past “rakizio” was supposed to be the place where the drink was produced, but in our day by this word we mean the whole process of production as well as the feast that goes with it. Especially at Falatados village the revival of this habit has grown into a big celebration: the cauldrons are placed in the courtyard of the primary school, the musical instruments are tuned, the very first produce of raki is served out hot to the guests – Tinians and visitors – and this is how the feast slowly gets under way.

“Rakizio” means to Tinians much more than the mere making of a drink. It is rather a ritual that has been going on for centuries without discounts or alterations. 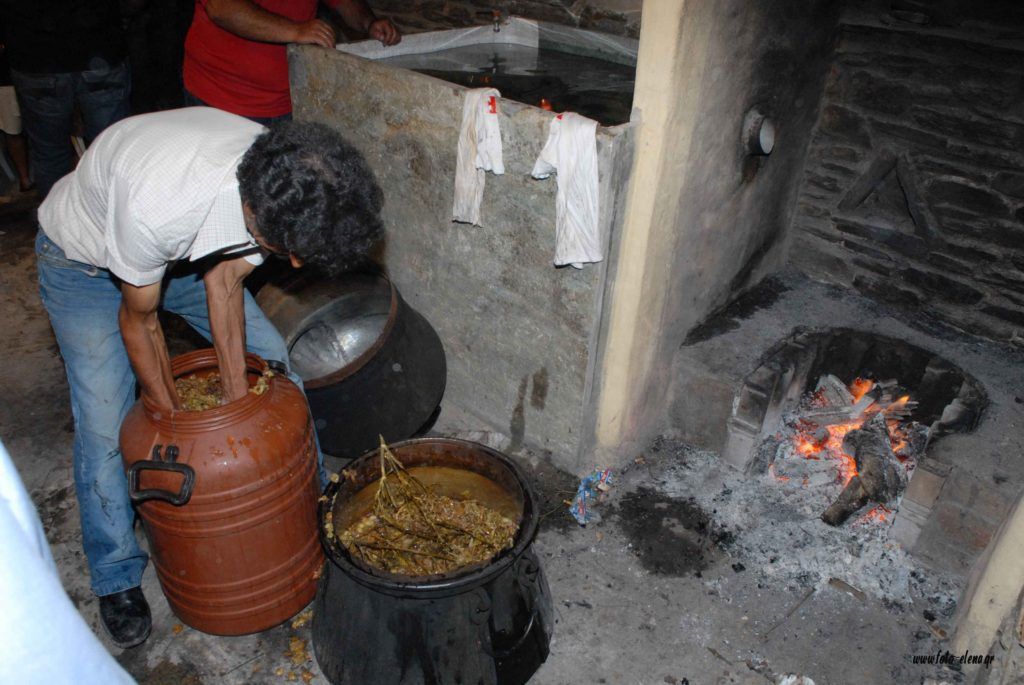 Once the harvest and squeezing of grapes have been completed, the turned out must ripens in barrels for 15 days. Without wasting a bit, the remainder of grapes, as well as their stems, is used as yeast during fermentation. 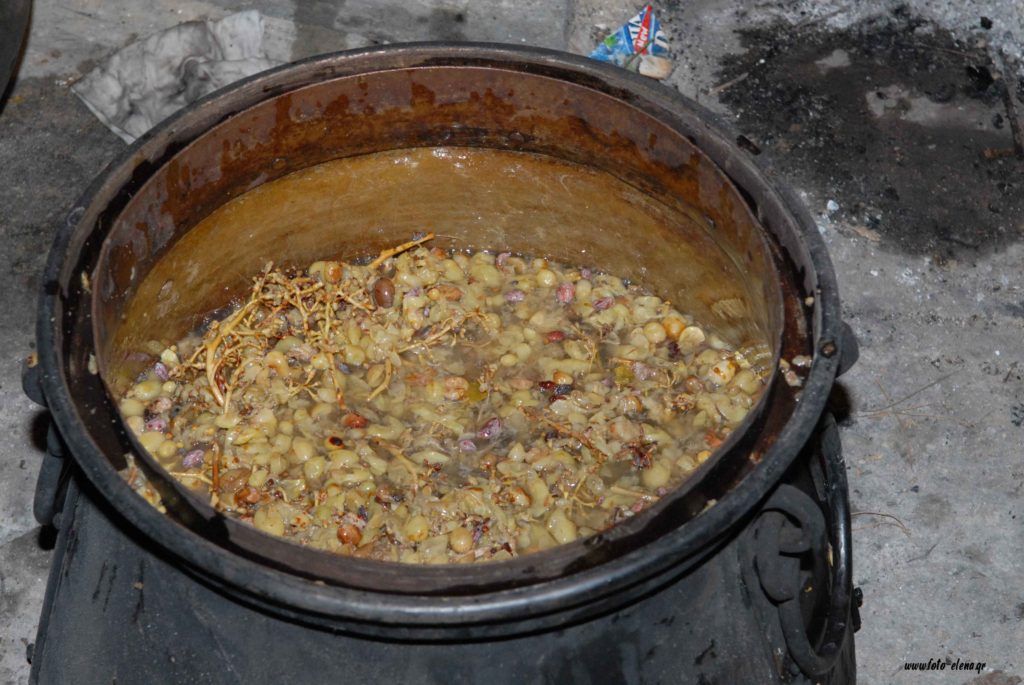 When the moment of brewing has come, the cauldrons are set (the most known raki making venues are Falatados and Steni, but generally one can see them in a number of different parts of the island) where the selected herb (fennel, sage, or thyme) is placed at the bottom and on top goes the must and the yeast with water. The fire is lit and the “rite” begins… The steam produced goes through a tube, is liquefied and then seeps in an appropriately placed canister. The first raki of the year is now ready. 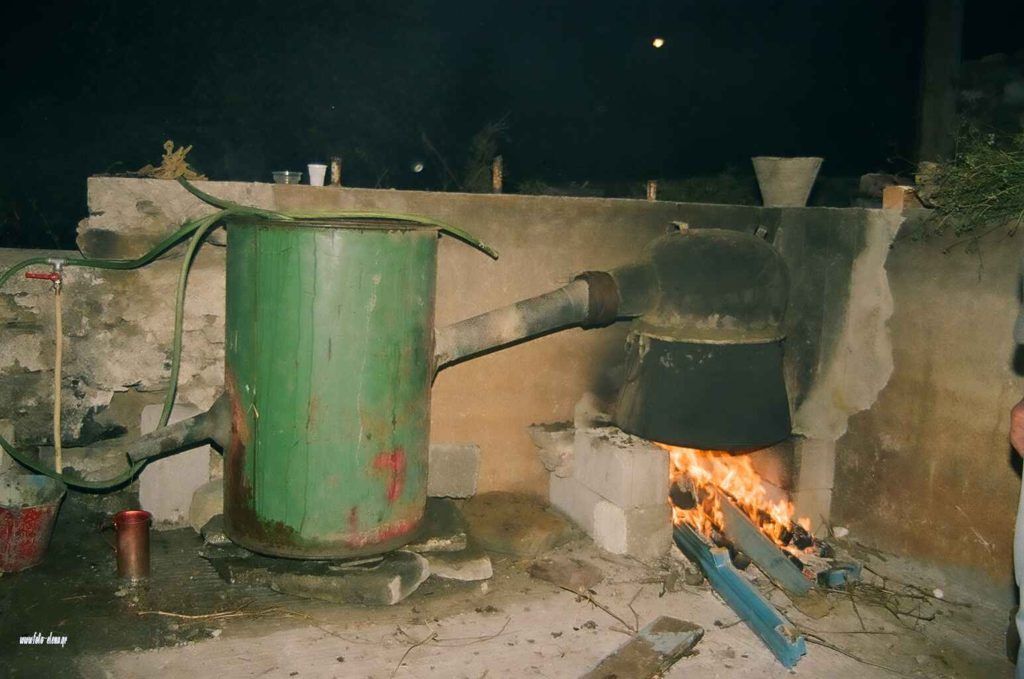 Still, this first raki is fairly strong and many people cannot even taste it. They prefer using it for other purposes, such as massaging. However, there are the “heavy drinkers” who think it even better than nectar. After this “first” raki comes the regular drink and goes round for everyone to taste, so the feast can reach its peak… 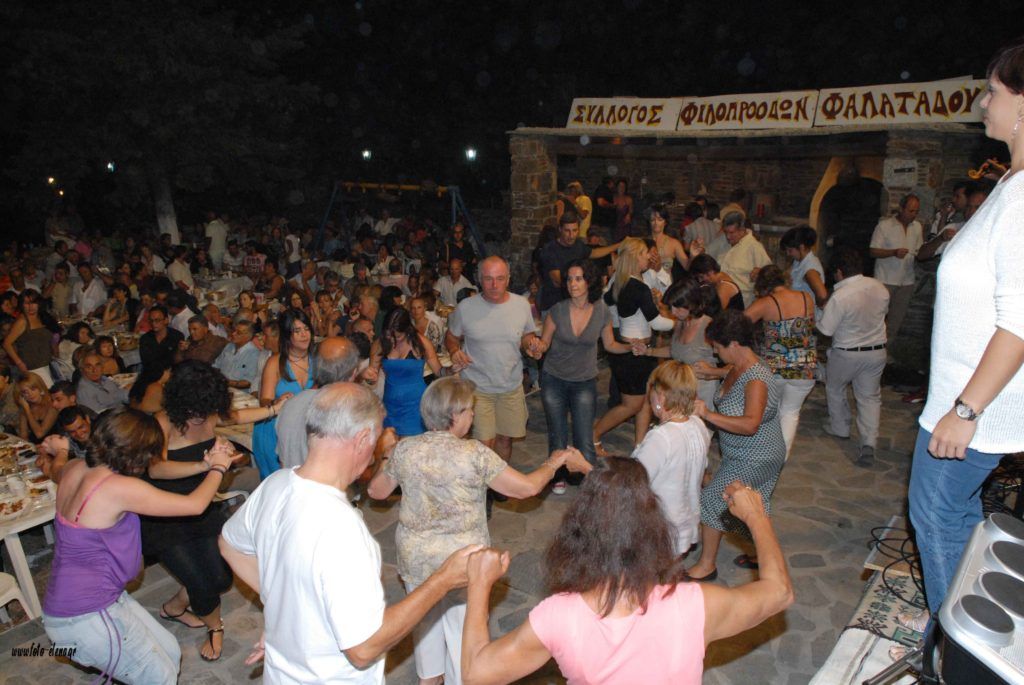 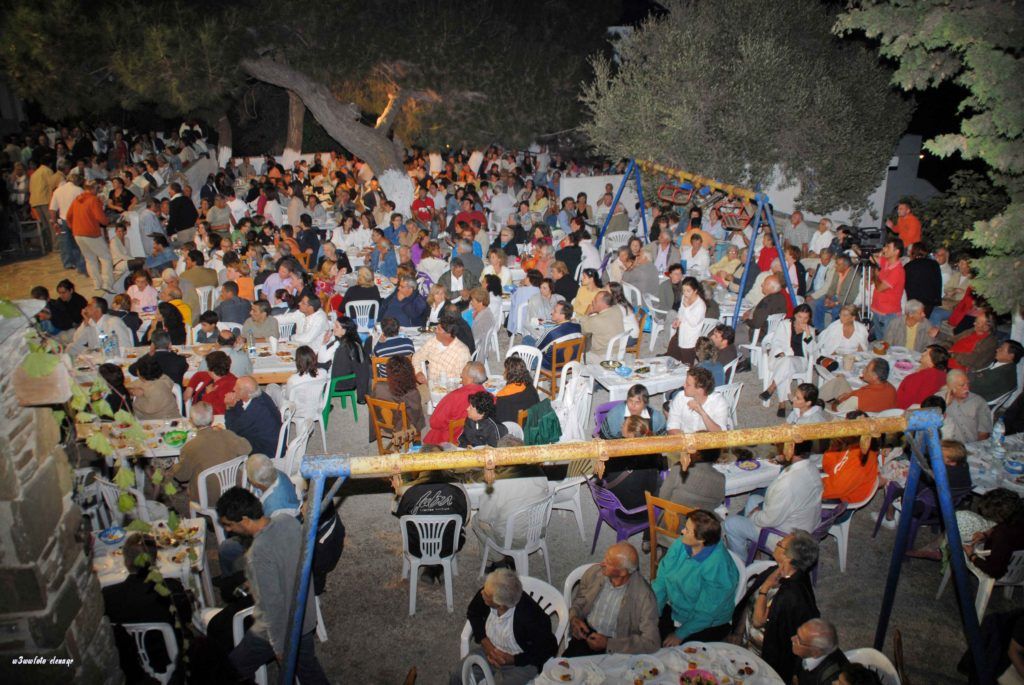 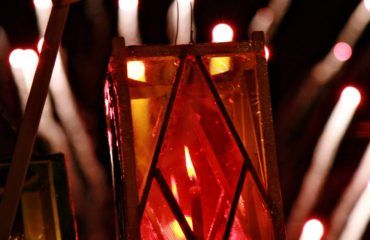 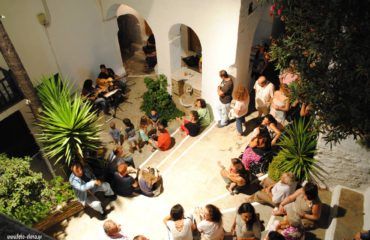