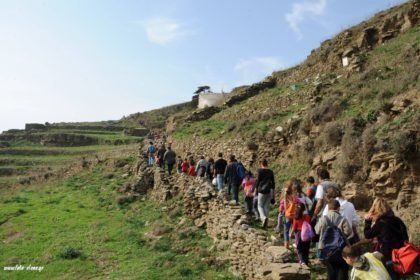 The old mule ways are revived

The hidden paradise of any trekker is found in Tinos. The trekking escort, Karolos Merlin, introduces us to its secret – or not so much so – trails…

Once upon a time, when cars were not around, the only way for a villager to go from one village to another was through some stone-paved tracks. The inhabitants of Tinos used them, either on foot or on mule back, in order to move around – this is why they were named mule ways. However, as times gradually changed, technology got to the island and brought about development and progress. In our day, you need a map to find some of these trails.

This is how Karolos Merlin, the Greek-Austrian trekking escort who is in charge of the listing and signage of routes with natural and cultural interest in Tinos, comes into our story. His pursuit began 15 years ago, when in cooperation with artist Nikos Benos (founder of the Greek Trails Association), and with a report device, he decided to record the great number of trails and stone-paved tracks, reaching 220km of paths at the beginning. 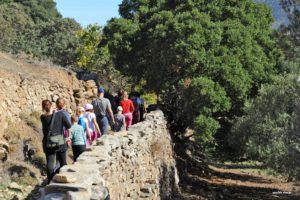 Then the entire material was given to ‘Anavassi’ publishers, leading to the drawing of the first trekking map of Tinos in 2007. This map indicates more than 300km of trails, either signposted or not. Out of these 300km, about 120km are good for use including 11 trekking routes. These routes include dirt road, old stone-paved tracks – asphalt has been avoided – and certain concrete-laid patches so that all the villages and beaches are connected. A trekker could spend a week walking around Tinos, choosing a different route every day.

The first to discover that Tinos is the Promised Land for every trekker were the French and the Germans. It is true that the alternative activities on the island have not been promoted accordingly, so Tinos remains one of the least known destinations for trekking. The same goes for other activities, such as diving, cycling or surfing. 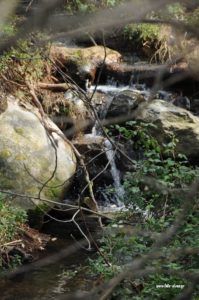 The question raised out of all this discussion is simple: “How on earth can such a place, with such a perspective regarding tourism, still be so unknown to people at large, whether they are trekkers or not”?

The problem seems to have… its roots in the fact that the Council has not appointed a responsible team of people who will properly deal with the coordination and care of the trails. This means that even in our day everything is done by district bodies and local groups, as well as voluntary teams or individuals for the cleaning of trails. It also means that no one has a clear and overall picture of the situation. If the Council delivered on this, the whole trail network would remain accessible throughout the year with little effort. Besides, 60% of the network has been completed with only very few problems cropping up at places. 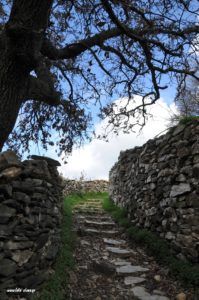 Every village association has undertaken to make for this failure, but they do not cooperate and all they do is cater for the trail that connects their own village. As a result, there are gaps at certain places. However, in the Komi-Kalloni-Agapi area there has been some great effort taking place and some circular routes have been cleaned at the water-mill valley. Also, efforts have been made at Kampos, but they are not sufficient enough to cover all the trails at the Kampos-Falatados-Smardakito area.

Those who appear to know the well-kept secrets of the Aegean are the Dutch and the Belgians, who have a great interest in trekking in Tinos. Of course, the best time to walk around is summer, when the wind and the general conditions contribute ideally to a fair tour. Around spring it is not bad at all, but there are some technical problems, as lodgings are still closed and the sea is still fairly cold. Still, for expert Karolos Merlin autumn is the best season; for the weather remains warm, while most of the visitors have already left the island. He points out: “Tinos could easily become a winter destination for trekkers due to its soft climate. 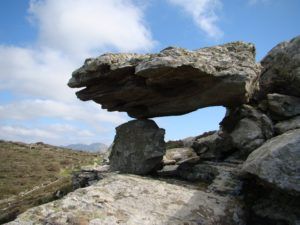 Trekking is one of the best ways to get to know Tinos. You go in and out of the villages through trails, which offer an entirely different picture of the island compared to driving around. This is simply because these trails were opened in a man-friendly fashion, as their grade and their course are carefully designed to bridge distances in a direct and pleasant way.

With Hora as base, you take the ancient track toExomvourgo and carry on towards Kionia through Ktikados-Hatzirados

Route 5: Falatados-Agapi-Sklavohori (for the greenery enthusiasts)

*Karolos Merlin, by means of South Aegean Islands Constituency and ‘Anavassi’ publishers, has edited the mapping, recording and signposting of several areas around Greece, especially the Cyclades and Skyros (in the Sporades island group). 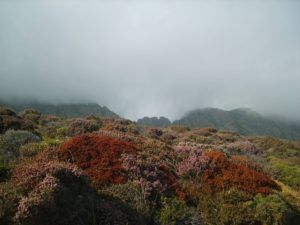 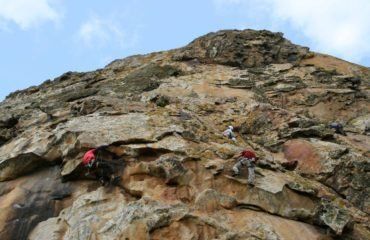 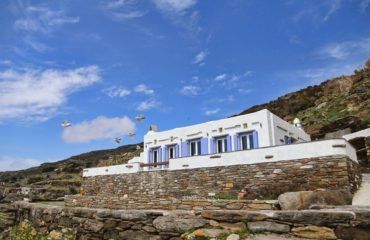