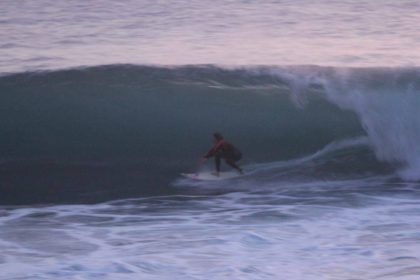 Giant waves, adrenaline and a board are more than enough to enjoy the absolute surf experience. Tinos with the wavy and windswept Kolybithra “vows” to every wannabe and expert surfer strong battles with the waves. Tinos-about has searched and found 2 fellows addicted to surf and Kolybithra.

Babis Savvakis and the surf champion Efi Vraka talk to us about their life which is synonymous to the specific sport as well as the freedom that it makes them feel and the myths around it.

The place where Greek surfers get the “baptism” of fire… a sandy beach, a well-hidden secret that only those who are occupied with the sport know of. Since 1998, Kolybithra has been a pole of attraction for all start-up or experienced surfers. Exposed to the north wind, at the sandy Megali Ammos beach, such huge waves are created that no surfista can resist. What makes the beach so special is the fact that during summer, when the Aegean is blown by the northern wind, it forms such waves that make you believe that you are somewhere in the Pacific Ocean. Also, at Kolybithra you will find the first official surf school in Cyclades which except for the training, deals with the general care of the beach. Admittedly, surfing is not a simple –for many people dangerous- sport, it forms a culture and a way of living. Surfers have coordinated their own microsociety and have developed a worldview of their own. They say that if the specific sport wins your heart, from that moment and on it will affect the way you think and behave forever; it is like a germ that intrudes inside you for good. Now everything revolves around surfing 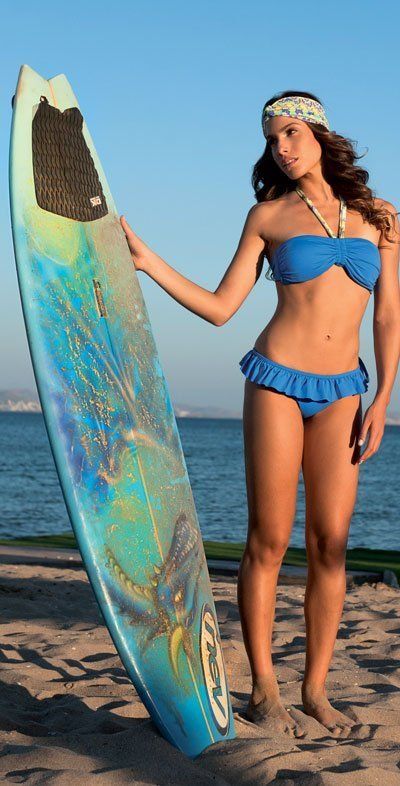 Why surfing? What do you respond to those who consider it a “men’s affair” and dangerous sport? How this “love” between you and surfing has come up?

Every child has dreams that while growing up wishes to make true. Efi’s dream was to have the control of the waves, without any feeling of fear or limitation. When I was 11 years old, during my summer family vacations, I saw waves in a beach of Icaria island and I immediately felt the desire of savoring the wild side of the sea. At 15, I was given the chance to deal with surfing substantially. Not even for a minute have I thought that if were a man, I could do it better. It is not the sex that makes a person capable of realizing his dream, but the passion he has towards it.

When we listen to the term “surfing”, words such as California and Baywatch come to mind. The Greek beaches offer everything the training of a champion requires?

Indeed, the large and quality waves lie in the beaches of these oceans. My training in Greece is not enough for my preparation. The games I take part in require more experience because I compete with athletes who practice in the oceans on a daily basis. That is why I choose traveling abroad.

The specific sport is connected to high doses of adrenaline. Have you ever felt the ultimate fear while searching for this kind of adrenaline?

I have several times felt fear in the sea, I still reminisce two of them. The first time, I was in a tropical island and while practicing I saw two fins giving circles around me. By the time I realized that it was a gigantic ray and not a shark, I had lost 10 years of my life. The second and more recent one was during a trip to Portugal when I faced one of the biggest sea systems with waves that gave you the impression that will devour the city. 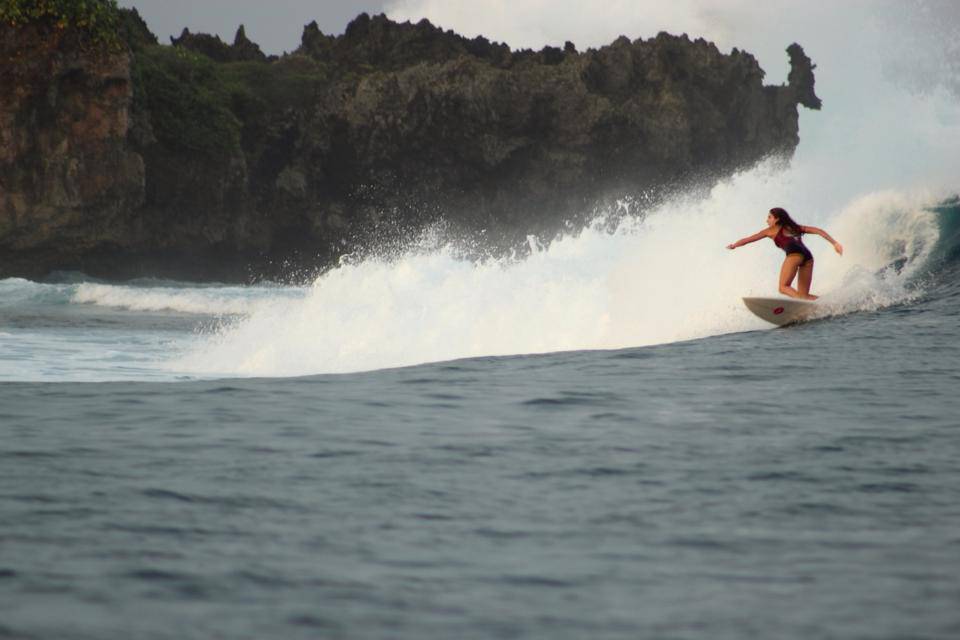 Your most intense experience while confronting the waves?

My most intense experience took place in September 2013 in a surfing tournament in Philippines. It was the first time that I was participating in games, I was really excited and surprised from the different quality of the waves, compared to other oceans. The wave was heavy and more than 5m high, inclined sharply and the coral seabed was half a meter away from the surface. This morphology hides high risk of getting injured.

The top surfing beach in Greece and abroad?

Depending on the season there are seas where the wave formation is supported. In Greece in winter we surf at the west side of the country while in summer at the Aegean islands. My favorite beach is Lagouvardos in Peloponnese. As for abroad, I will never forget the right point break in Malibu, California named Point Dume.

You are also a professional model and modelling is a rather demanding sector. Is it easy to combine modelling with surfing which is an undoubtedly more loose occupation? Can you choose between these two?

My first priority is always my training and the hours I spend in water. I work as a model only when there are no waves. I like modelling but I think that I am not built for that. As years go by, I realize that you cannot combine both of them, “you cannot be loose and princess at the same time”.

Tinos island with Kolybithra beach is one of your favorite destinations for practicing. What’s so special about this?

Tinos is my favorite island in Greece. Kolybihra really helps me for practicing but what I love the most is the friendly ambient of the beach thanks to Tinos Surf Lessons school.

What first comes in mind while hearing the word “Tinos”?

Tinos is a blessed island. The first thing to do once get off the ship is to kneel to Panagia. The diverse character of the island is quite satisfying regarding my vacations as it combines sports, culture and entertainment.

Your favorite spot in the island?

It is the Aegean island with the most beautiful villages. I adore the indescribable panoramic view in Kardiani as well as the magnificent alleys in Agapi.

2014 will be a year of many games abroad. But I will not forget to visit the beloved Tinos. 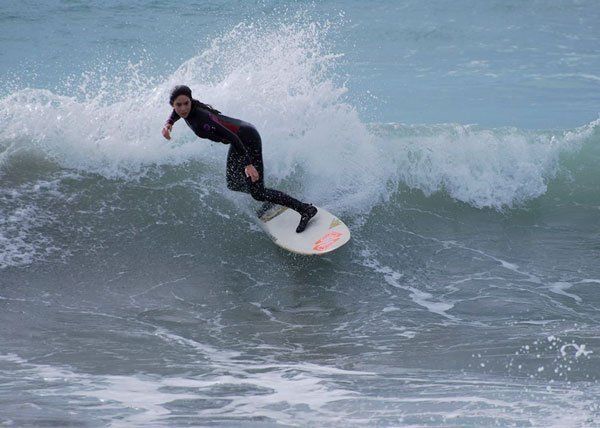 Why someone be occupied with surfing? What made you fall for the specific sport?

The main reason one should start practicing surfing is the sensation of freedom that makes you feel. For me at least, it is something I have never felt before with any other water sport. If you try it once, with difficulty you will say that you won’t do it again. It is a totally addictive sport and as a matter of fact in a great level! Whoever practices surfing, learns to organize his life in respect to that. This sport wins your heart straightaway. In combination with the direct contact with water and its relaxing qualities, surfing becomes an absolutely relaxing and at the same time intense experience!

Surfing in Tinos. A lifetime experience? What makes Kolybithra the surfers’ Mecca?

A visit in the island is always special. If it is also combined with surfing, then it surely becomes a lifetime experience. The orientation of the bay which ends to Kolybithra beach is what has made the beach so known among the surfers’ small society. It looks straight where the summer wind (meltemi) blows and combined with the morphology of the seabed, it creates the perfect –for us- waves!

Tinos island is a common secret among surfers. However, the average tourist who may want to try surfing, is not aware of the fact that the island is ideal for this sport. Which the reasons that this side of the island remains unknown to most people?

The fact that the island is ideal for this kind of sports is something new. It will take a lot of time in order to become widely known. But it is not only this that most people ignore. Unfortunately, quite few know of the beauties of the island, have walked at the gorgeous villages, have seen the beaches or have visited any of the museums.

Tell us the 5 top surfing destinations

The first one is across my house in Vouliagmeni. Next, I would say Maldives, Canaries, Portugal and of course, Tinos!

For most people, Tinos equals Panagia and the rest of religious activities. Your version of Tinos is different?

My Tinos is quite different. My Tinos is the walks at the alleys of the villages, the beaches, the small taverns along with friends and the laughter we share together. In general, the exquisite pictures that prevail all over the island.

What you would say to someone who thinks of spending his vacations in Tinos but hesitates?

I would say to surpass the first impression, I mean the image of Chora and dare to come for at least once. I don’t think there is a person who will come to the island and not become a steady visitor for the rest of his life! 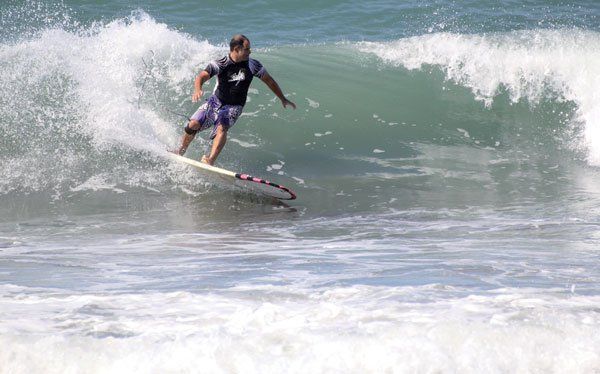 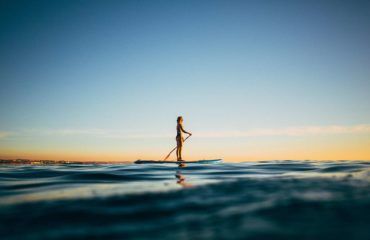 What is SUP all about? 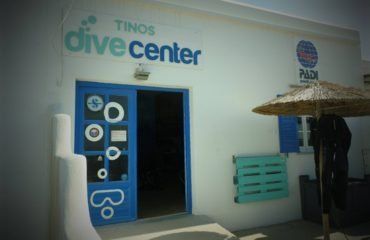 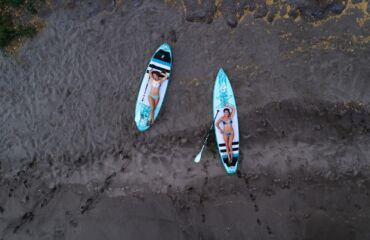 Panormos: A hot spot for SUP