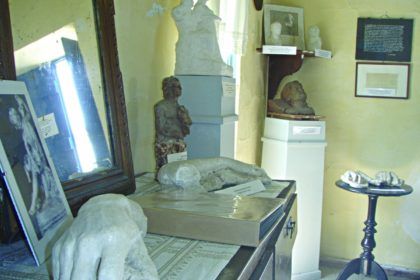 In the entrance of Pyrgos, Yannoulis Chalepas’ (1851-1938) family house has been converted into a museum. At the rooms of the very well preserved Tinian residence, the visitor can admire the personal belongings of the top contemporary Greek sculptor, family photos, hand notes, furniture, household utensils, drawings and sculptures of the artist, his tools and his workshop.

He was the greatest sculptor of Greek modern art. Born in Pyrgos in 1852, he originated from a wealthy family of marble hewers. He studied at the School of Fine Arts in Athens and afterwards, at the Academy of Fine Arts in Munich under a scholarship of the Panhellenic Holy Foundation of the Evangelistria of Tinos. Returning to Athens, he made his own workshop and in 1877 he started working on his most famous sculpture, “Sleeping”, for the tomb of Sofia Afentaki in the A’ Cemetery of Athens. The following year he suffered a nervous breakdown, which led him to the destruction of his own pieces and to continual suicide attempts. The doctors of that year had diagnosed mental illness, leading him to the Psychiatric Hospital of Corfu. He stayed there until his father died in 1901. Then, his mother decided to take Yannoulis Chalepas with her back to Pyrgos.

Getting back in his homeland, he worked as a shepherd for living. His mother kept destroying whatever he created, considering that sculpture was the cause of his madness. The residents regarded him as the madman of the village, but after his mother’s death, Chalepas started working on his great love, sculpture, ignoring his surroundings. Having found his mind and himself again, in 1930 he moved to Athens in order to live with his niece. Then he was established among the intellectual circles of Athens, having been honored with the Medal of Arts for his sculptures. 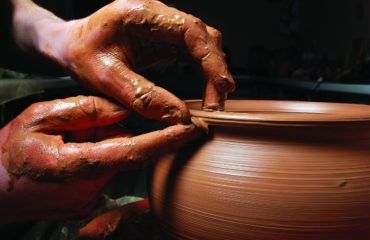 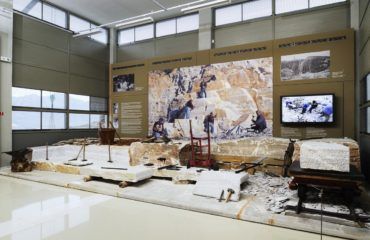