The organic vineyards Volacus Wine are located in a 3,5 km distance from the village Falatados and 14km far from the town of Tinos. The visitor that wants to see closely this special place and taste the wines in their place of birth has to follow the way to Falatados, leave the village behind and then go on for around 3 km until he finds the sign that leads to the vineyard.

Right after the village Falatados, the scenery suddenly changes. Αll over the place you can see round granite rocks. Tinians call them "volakes" and that was what inspired Michalis Kontizas, the founder of Volacus Wine, to find the name of his wine. The visitor of the vineyard will be able to understand the reason in no time. The wine grapes of the vineyard are planted between the rocks, that add to the scenery as well as to the wine a unique feeling. "Are you those crazy who go and plant on the rocks?" was something that one of the greatest Greek winemakers have told us, says Kontizas.

A quick glance over the place is enough for someone to understand the hard work and tiredeness that is required for such an attempt from its formation, in 2010, until today. All works are done by hand as big modern machines cannot work in such conditions. But Kontizas, born and raised in Tinos and coming from a rural family, was never afraid to work hard and today he is able to do most of the work on his own or just with a little help. "Someday I heard the sirens of Athens and I thought even for a while to leave Tinos. But my love for the island was such that I decided to stay here and fight. It is not an easy work, but when you love what you do, even tiredeness is sweet". And of course the reward for your hard work is even sweeter, as he says. Since 2016, when a first taster of our work was released, it was warmly accepted by the public. "Even from the first year that our production was not over 800 bottles, we were asked to collaborate with wine stores and restaurants from all over Greece and many gastronomy magazines of the country wrote about us". In the same year the Master of Wine Mr Giannis Karakasis visited our vineyard, who included our wine in the 10 best labels this variety, giving a very high rating. The second year the interest was risen even more, there was interest for exports and even the british Guardian refered to our wine characterising it as "the taste of summer in the Cyclades".

"We are pretty happy for all this response, but we are trying to keep on the ground and we choose to make slow and stable steps", says Kontizas. "We are planning soon to expand the vineyard, to make a small winemakery while we would like to try and experiment with local varieties of the island and bring out their potentials and character. I am very interested in getting involved with unknown and forgotten varieties of the island and I am already making some efforts to gather vines from such wine grapes". He also sets as his first priority the investment in knowledge in order to have a qualitative result. He has already attended viticulture and oenology seminars at the National Kapodistrian University of Athens and he goes on with the WSPC programm of the British institution WSET.

In the small yard in front of the renovated house of the vineyard, under the shadow of a plane tree, there is always a table set with local treats and wine, waiting for the visitor to taste them. In this place was also hosted one of the Tinos Food Paths events in 2017 with a great success. Greek and foreign visitors were amazed by the place and the hospitality.

The vineyard can be visited for a wine tasting from 1st June until 10th September, Wednesday to Sunday from 18:00 to 20:00 under agreement .The wines of Volacus Wine are available in selected wine stores and restaurants. 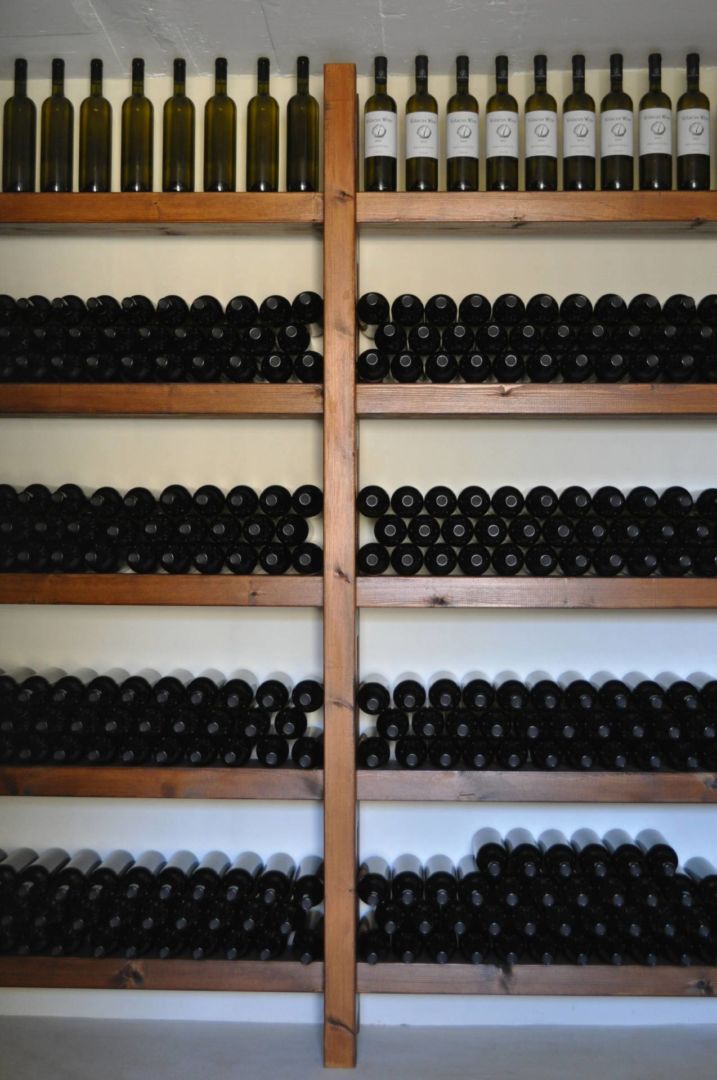