Something’s new at the impressive, marble adorned square in Pyrgos village. Markos Valakas, born and raised in Tinos, after 40 years of absence abroad, returns to his homeland wishing to give life to his dream.

In summer of 2016, a new entry is found in the marble sculptors’ village. In a traditional building which earlier worked as traditional coffee shop, Platanos is waiting for you. The main idea is simple; traditional gourmet delights in a space that reflects all aromas of Tinos.

Modern arrangement matches perfectly with the traditional decoration thus creating a totally Zen setting of positive and relaxing mood. Goal of Platanos is to point out the cultural artistry of the village – given that in Pyrgos is found one of the most interesting museums, the museum of Marble Crafts – through the mixing of infantile savors and scents of each one of us.

As for the kitchen, it is characterized by imagination and initiative, two elements that manage to take off the tastes of the local products of the area. Salty and sweet tinian tapas such as bruschetta with tomato and basil, watermelon with feta cheese, shrimps with fried cheese as well as different kinds of local cheese plateau with fig jam and fruits, touch the palate in a magical way, leaving anything you knew about tinian cuisine, behind. The all-time classic galaktoboureko is also found here along with many other typical desserts of the island. Naturally, the rich Tinian breakfast is also served with fresh juices, local yogurt, many coffee varieties, omelets etc.

Experience some unforgettable moments in the square of Pyrgos, visit Platanos. 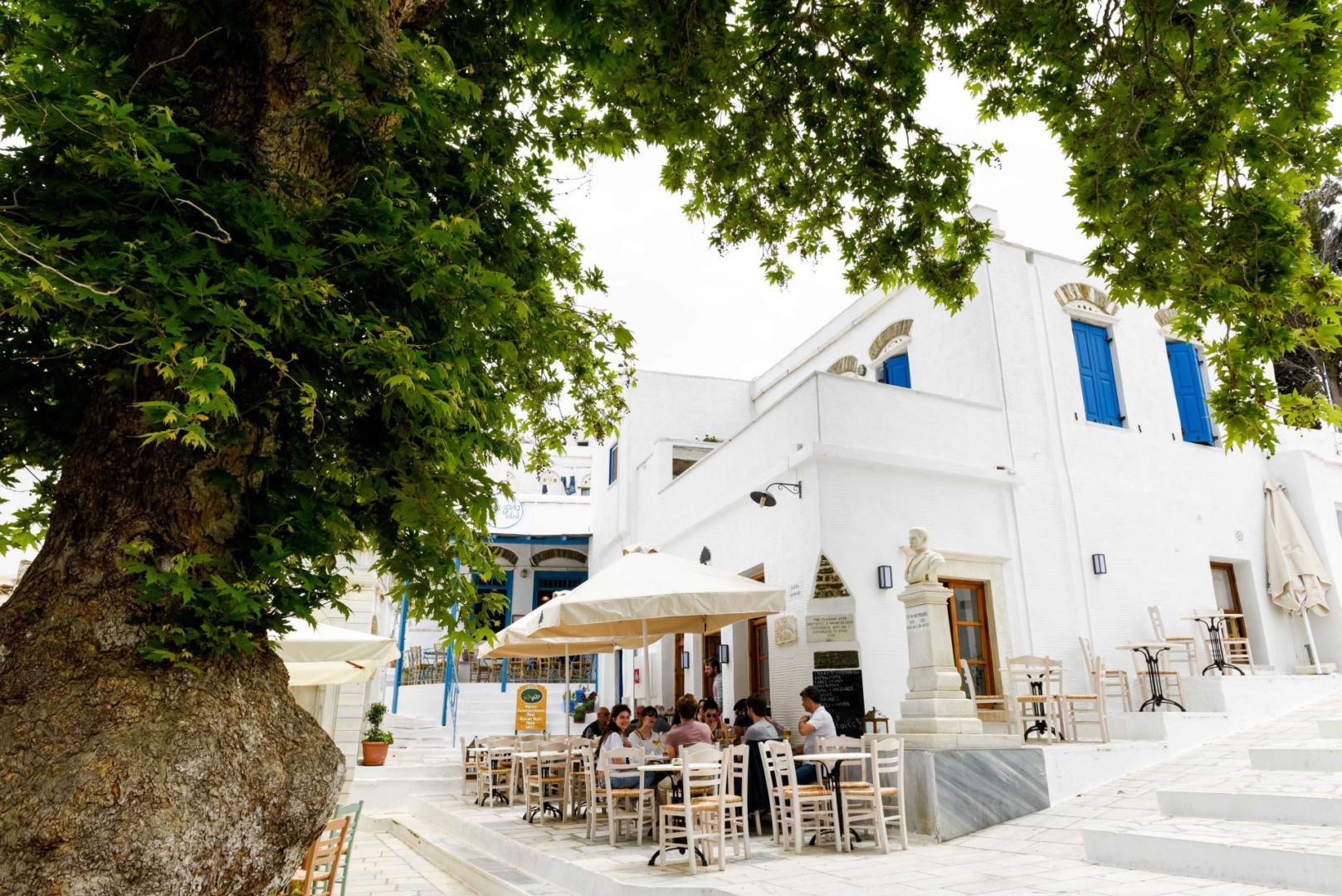