The Cultural Foundation of Tinos is a private benefit, non-profit institution, sponsored and supported by the Sacred Foundation of the Church of the Annunciation. Purpose of the foundation is the research, study and promotion of historic cultural heritage of the island along with the natural and man-made environment and the designation of Tinian people’s artistic and spiritual accomplishments. Additionally, the institution aims at the enhancement, encouragement and promotion of young artists and spiritual people’s endeavors, within the framework of maintenance and carrying on the tradition which has established Tinos in national level and brought the island into spotlight, classifying it in a prominent position concerning visual arts.

Every year, all principal activities of the foundation are also education and culture-related while special attention is paid in order to inform and bring people and visitors of Tinos in contact with music, art and sciences, through the organization and establishment of artistic programs and exhibitions, concerning the promotion of contemporary and previous artistic trends.

For the season spring-summer 2016, our Foundation carries on the institutional activities, the exhibition Towards Tinos, the foreign artists hosting program as well as the World Music and Jazz festivals, enhancing them with a new program in Tinos together with educative programs for children and adults.

The schedule of the principal artistic activities for 2016 held by the foundation is the following:

Exhibitions
April 20 – May 14: Group Exhibition by the Visual Arts and Photography workshops

The founding team of Tinos Quarry Platform, in collaboration with the Cultural Foundation of Tinos, organizes the international artist residency program in Tinos, under the auspices of Municipality of Tinos.

TQP supports the participating artists thanks to a hosting program which focuses on research while it cultivates an atmosphere of experimentation and creative thinking. The artists have the opportunity to acquire experience in the long local tradition in visual arts and culture of Tinos while at the same time, to form new paths concerning their application. The participants will work with materials found in the island, in order to create fantastic heirlooms of the present, in such way that they could be perceived in the future. These artworks will be exhibited at the first floor of Tinos Cultural Foundation hall.

July 27 – October 27: Exhibition of the projects derived from the 1st international artists hosting program in Tinos.

22 original sculpture artworks by the great Tinian sculptor Yan. Chalepas (1851-1938) and 13 designs of his, are showed at the permanent exhibition of the Foundation, at the second floor of the hall. The exhibition is accompanied by photos by Elias Eliadis depicting Chalepas’ works. At the permanent exhibition, a painting by Nikiphoros Lytras (The egg of Easter) as well as two paintings by Nikolas Lytras (“Yannoulis Chalepas”, “The port of Tinos”) are also included.

Vlasis Kaniaris exhibition aspires to point out the current character of Vlasis Kaniaris’ artistic approach. During times when Greece is found in the limelight of international developments, in both economic and artistic level, Kaniaris’ work suggests the adoption of a certain distance – but not of dissociation – which will give us the chance to evaluate present in a calmer and more critical way. At the same time, the exhibition at the Foundation offers a review sight concerning the up to this moment, interpretation of Kaniaris’ work. Goal of the exhibition is to introduce new tools and ways of comprehending the artist’s projects while special attention will be payed to the unknown aspects of his work. In this way, the unversed ones will get in contact with representative projects of his 60year course while those who are familiar with his work, will have the chance to see less known artworks as well as certain ones exhibited for the first time.

The 4th Tinos World Music Festival will focus on human voice, with the participation of known artists and music labs from Athens and Tinos.

The Jazz Music Festival organized by the Cultural Foundation Tinos, invites us for the 8th consecutive year, to a full music 3day fest, with the participation of significant jazz musicians with recent recordings. 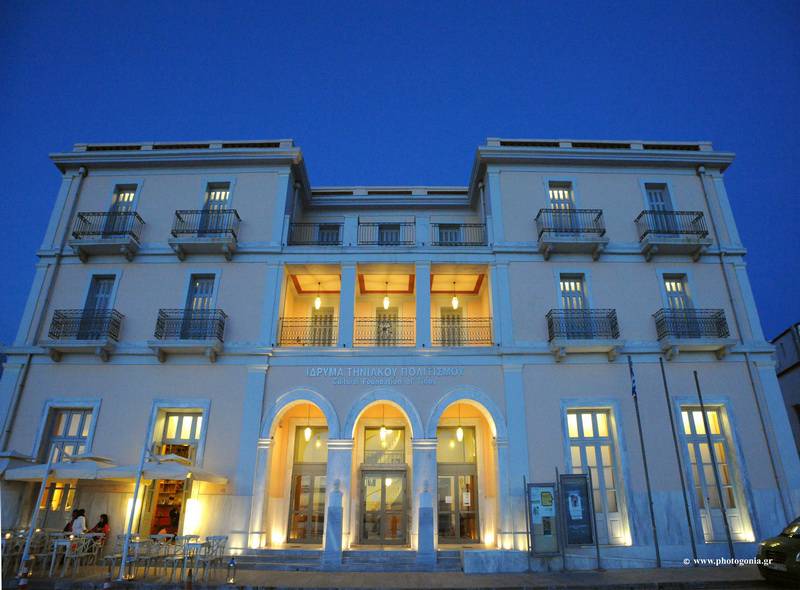